The Festival of Lights 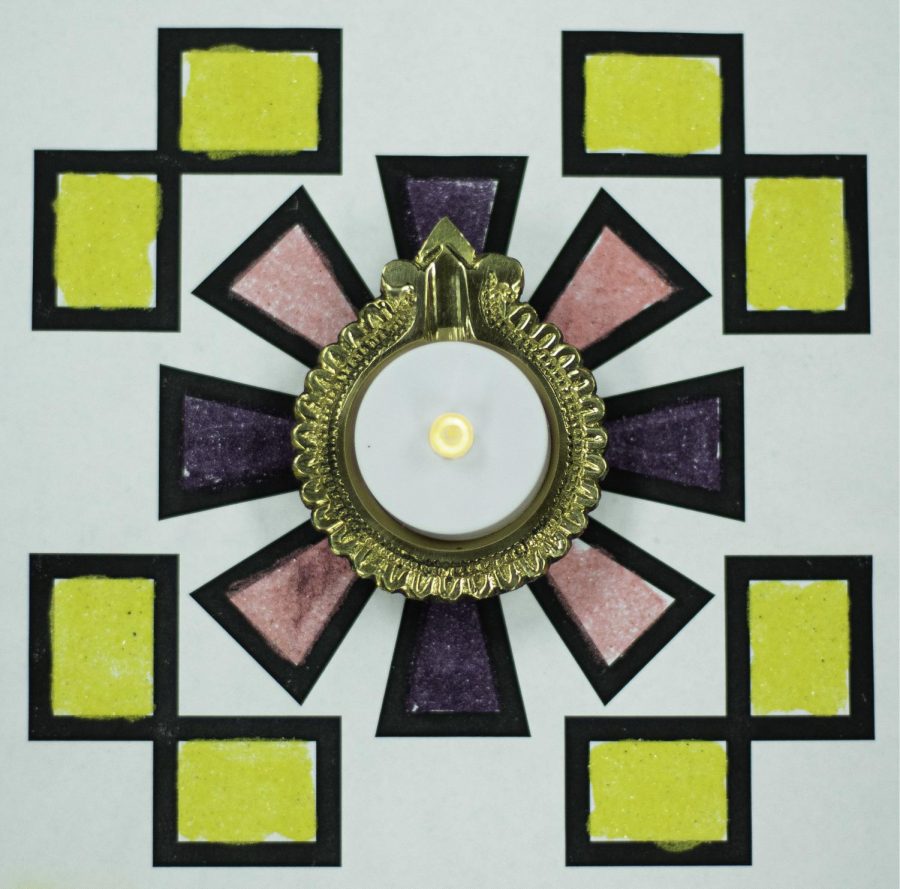 The Salt Lake City Krishna Temple hosted a Diwali festival on November 6. Ms. Catten has been to this festival in previous years and said,  “They usually have dancing, they have food, they have celebrations. You see fire in a lot of Hindu celebrations and Hindu holidays. The key to Diwali is that it is based on that story of the Ramayana.”

The Ramayana is one of the major texts in Hinduism. It has 24,000 verses and follows the life of Lord Rama. The part referred to in Diwali is his quest to get his wife, Sita, back from the demon king. Ms. Catten said, “But really Diwali is celebrating that moment when he comes back and it’s okay, he’s defeated the demon king, he’s come back, he’s taking the throne.” Diwali is a hopeful celebration, as Hindus are celebrating the victory of Lord Rama over demons.

Hindus will often celebrate Diwali in their homes as well as at festivals. Ms Catten described,  “Rangoli art is a big part of almost any hindu celebration you have. It’s a symbol of welcoming so they usually will do it at the outside of their door or doorways and as family and friends come, you’re welcoming them in.”  Rangoli art are decorative designs made of brightly colored sand on the floor. They also will use diyas in the art. Catten described diyas,  “They’re normally clay and they would put a candle in this and you’d have those all around your house,” she continued, “In all of the videos that we watched of the rangoli art, they always put one of these on the end. That’s something that will really notify [the viewers] that it’s for Diwali specifically. Because that’s the only [festival] where they use them.”

Likewise another student in world religions, Aubree Field said, “I think that world religions is important because it allows you to realize how similar you are to others. While allowing you to introduce new experiences and cultures in your life.” Both students expressed the desire to understand others and learning about their cultures as one of the most eye opening ways to achieve this connection.

Knowing about important events in other cultures is essential to being a well-informed individual. The festival of Diwali is important to Hindus and will help you understand their beliefs better. There is no harm in learning about other cultures and doing so has the potential to bring good. If you found Diwali interesting, why not learn more either on your own or in one of Ms. Cattens world religion classes.