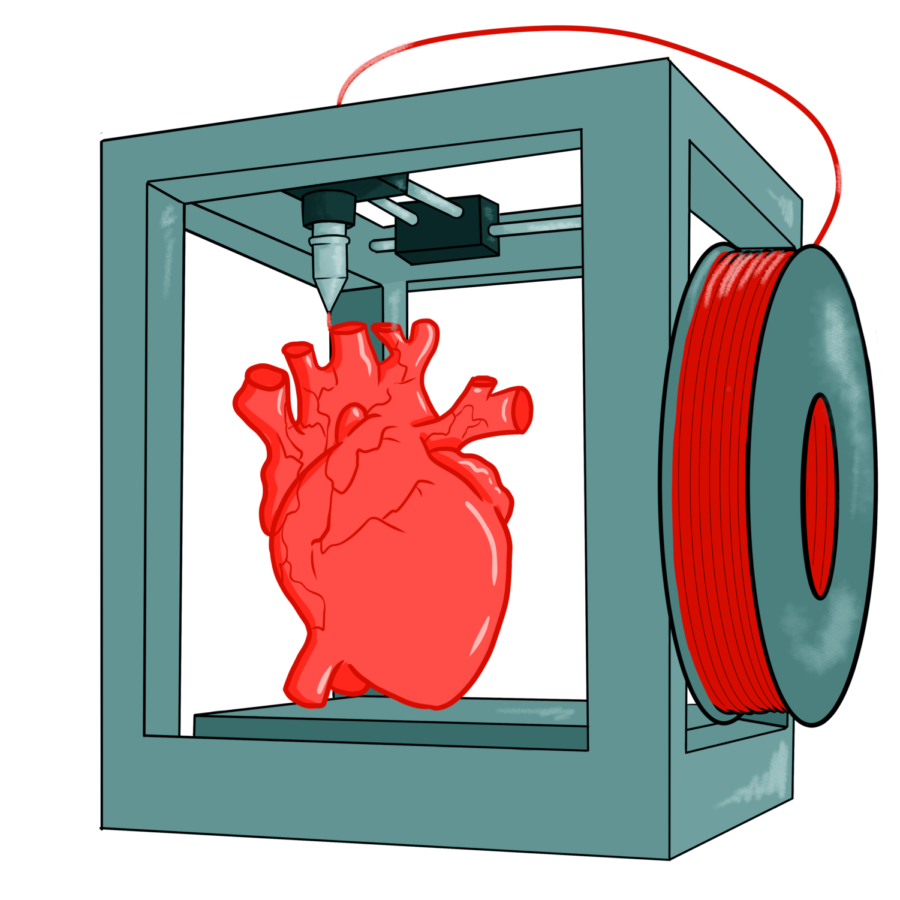 Every year more than 8,000 patients die waiting on a transplant list, on average 22 people per day, according to “Donation and Transplantation Statistics” by Donate Life America, a nonprofit organization determined to increase the number of donating organs, eyes, and tissue. This is not including the patients who don’t qualify to be placed on the list or the patients who die from organ rejection after receiving the transplant. This number is shocking as is, and when factoring in the patients who don’t qualify to be placed on the transplant list, this number is even more appalling. Organ transplantation can be a great way to cure organ disease.  However, organ transplantation has a lengthy waiting process, it is very expensive, and there will always be the possibility of rejecting the organ. This is why healthcare professionals are trying to come up with a new, better way to heal diseased organs. One of the methods that could solve this dilemma is organ cloning.

One of the questions most commonly asked is can a functional organ be cloned? A key part to answering this question is understanding how stem cells work. “Stem cells have the capacity to proliferate and to differentiate into relatively mature cells of various types,” said Marilia Cascalho, Associate Professor of Surgery and Associate Professor of Microbiology & Immunology at University of Michigan.  Embryonic stem cells can become any cell in the body. This means they could turn into a muscle cell, a bone cell, or a tissue cell. For example, if we wanted to make a liver, we could use stem cells and turn them into liver cells by implanting them into other types of cells called blastocysts. Blastocysts are cells of an embryo, which would help grow and transform the stem cells into the specialized desired cell. In this case, they would transform into liver or kidney cells.

However, the problem with this method is rejection would still occur without some type of immunosuppressant. Immunosuppressant’s suppress the patient’s immune system, making them more susceptible to disease, infection, and cancer. “The immune system attacks any graft that is not genetically identical to the patient. Even a well-matched transplant requires lifelong treatment with immunosuppressive drugs, which have serious side effects, including increased susceptibility to infection and cancer,” according to the article, “The Cloning Connection” by Scientific American, a popular Science magazine. With cloning, they could use somatic cell nuclear transfer (SCNT). SCNT is using a donated egg (oocyte) with a removed nucleus and inserting the patient’s nucleus. This could potentially make it genetically the same as the tissue, resulting in the tissue recognizing it as its own. This would then prevent rejection of the functional organ that grew from the oocyte. The somatic or stem cell would be retrieved from somewhere else, and the nucleus would be taken out. Then, healthcare professionals would extract the patient’s nucleus and put it into the stem cell. This stem cell could then turn into a liver or whatever the patient needed, but because it was the patient’s nucleus the DNA would be the same as the patients-making it a perfect match and allowing the body to recognize the organ as its own and not try to fight it off. Naturally the body’s immune system fights off any foreign substance in the body to protect against disease, but that makes it tricky for organ transplantation. This could solve this dilemma.

With all organ transplants, patients are having to wait years to receive an organ, and may never even get one. This introduces the major benefit to organ cloning. When cloning organs, you wouldn’t have to wait for someone to die with the same blood type and other matches. This could shorten the transplantation lists greatly and help more people heal. The biggest benefit to organ cloning is the elimination of the risk of rejection. The five year survival rate after liver transplants is 75%. Meaning that 25% of patients reject the liver or die of another cause. “Even if a person is lucky enough to be matched with an organ, there is always the risk of rejection: without anti-rejection drugs, such as cyclosporine, most who undergo transplantation will reject their new organs and die a short time after—some people die even with anti-rejection drugs,” mentioned by the article, “The Human Clone Market.” In other words, even if the patient did not reject the organ initially, anti-rejection medications must be taken for the rest of the patient’s life. With cloned organs, our body’s white blood cells won’t fight the new organ because it has the same genetic makeup. As a result, patients will not have the burden of taking medication that weakens their immune system their whole life.

Is it ethical? This is the question that everyone seems to ask. No one has the answer and no one is going to any time soon. Many people believe that human cloning is unethical and that it could be taken too far. For example, many people believe cloning an entire human will happen if we allow cloning for specific organs, bone marrow, and tissue. However, the majority of people are fine with organ cloning, as long as it isn’t an entire human being cloned. With SCNT just the organ would be cloned from an embryo, which could be easily removed from an organism. This would result in no harm to the organism and allow for just a single organ to be cloned.

Another concern many people have is that it has never been done before. How do we know it’s possible? Theoretically, organ cloning is possible. This is because we have already used SCNT to create a life. The key to organ cloning is learning how to perfect SCNT. Many attempts to use this technology have been unsuccessful, but many have also been successful. The most famous case of SCNT being used to create a life is Dolly the sheep. Dolly the sheep was the first mammal cloned from a human somatic cell using the process of nuclear transfer. Dolly was the only lamb that survived adulthood out of the 277 test subjects, making it an amazing advancement for medicine. She was grown in an artificial womb and lived on to adulthood. This is significant because she was cloned from a human somatic (stem) cell, which is essentially the same process we would use to clone organs. This process is far from perfect, but with more research, scientists can get closer to understanding this process and eventually cloning organs. This will lead to saving lives, and that is the ultimate goal of healthcare. Aeger Primo is the motto healthcare professionals live by, and it means The Patient First.