The Truth About Rom-Coms 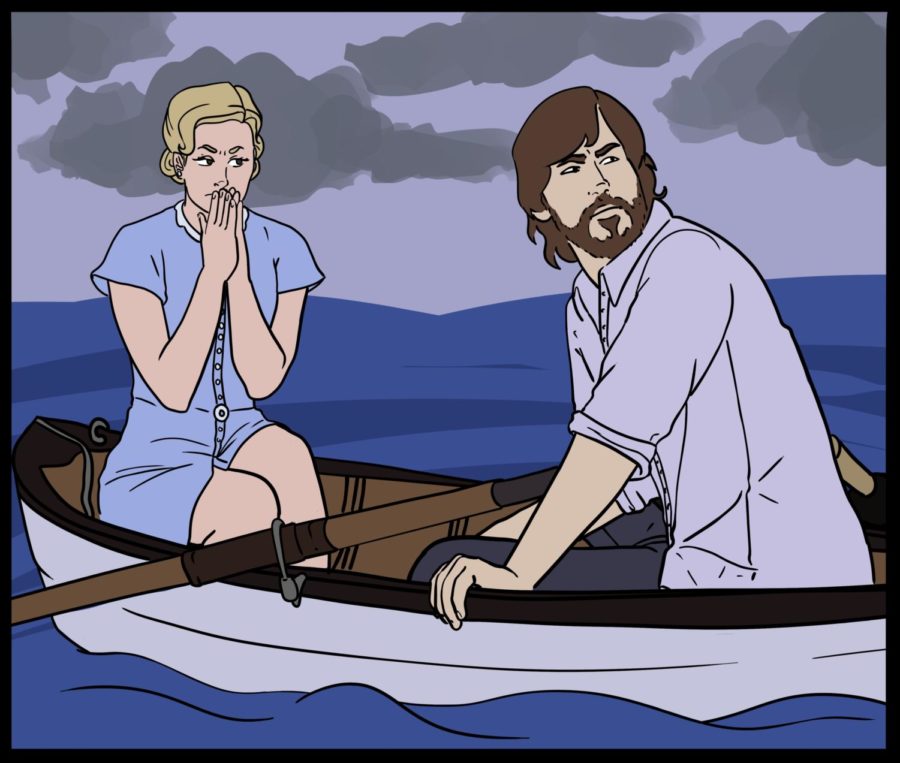 There’s a fine line between romantic and psychotic, and Hollywood is flirting with it.

It’s amazing the power of a well written romantic comedy and its ability to hide the blatantly horrific and toxic behaviors portrayed by two protagonists in their journey to find love. The guy cheats on the girl, the girl sleeps with his best friend, the daddy issues, the lying, the abuse, the manipulation, the misunderstanding, and of course, the rekindling.

This is nothing new. May we never forget the OG king of romance, Sir William Shakespeare, who has inadvertently etched the framework for our modern day love standards. After all, love isn’t real unless you commit a double suicide together, right?

The stories themselves are harmless if taken for what they are: a work of fiction. It’s apparent, however, from various fan responses over the years that not everyone has been able to make this distinction between fantasy and reality. Our obsession with “happily ever after” has led us to overlook the otherwise very questionable measures taken to get there.

A great example of this can be seen in one of Hollywood’s most popular films, The Notebook. The ever lovable pairing of Noah and Allie struck a chord in the hearts of audiences everywhere as the story of a summer romance unfolded into a bittersweet final breath of the two on a hospital bed. All critical thinking and self-awareness aside, it’s a very cute movie. But upon further inspection, under that veneer sweetness, is the portrayal of a very toxic dynamic.

Feminist writer, Olivia Andrews, said, “[The Notebook] perpetuates dangerous power dynamics, and the ending is entirely unrealistic. It fails young women, particularly survivors of domestic abuse, in its inadequacy to send a positive code of appropriate behaviour in relationships.”

One thing Hollywood seems to be good at getting away with is hiding morally wrong behaviors behind an attractive cast. Who cares if you gaslight or manipulate a girl so long as you look like Ryan Gosling? Rachel McAdams’ character emotionally and physically abused Gosling’s character? No way, she’s too pretty for that.

Let us not forget the rise of the beloved Netflix original You, released back in 2018, starring the ruggedly handsome, Penn Badgely. Fans went crazy over Badgley’s psychotic and mentally disturbed character, Joe Goldberg, in his journey to get with aspiring young writer, Guineverre Beck. To really secure Beck as his, Joe goes on to kill every single one of her friends who he suspected could steal her attention away from him. Aww!

Just the trailer itself gives indication of a rather disturbed and unhinged individual carrying out murder tactics in order to experience love. Yet it’s funny how all common sense and rationality seems to fall out the window when the one and only Penn Badgely takes center stage as the vessel for this psychotic murderer. All of a sudden it’s, “Joe is soooo cute! Did you see the way his muscles flexed when he stabbed the guy?”

The show has garnered lots of attention since the release of its second season and has also generated lots of Twitter activity from fans.

“[Joe] be killing people and still be able to text back. Don’t settle for less ladies.”

“Me fully aware that Joe is a sociopath but still low key rooting for him anyways.”

The fan responses are comedic, no doubt, but even if only meant to be taken as a joke, the normalizing of this type of abuse and deceit in relationships makes it hard to recognize when it’s happening in real life and impairs our ability to detect the early signs of a toxic partner.

A popular rom-com from the early 2000s, The Wedding Planner, starring Jennifer Lopez and Matthew McConaughey, holds a special place in the hearts of many. Mary Fiore, played by Jennifer Lopez, is a no-nonsense wedding planner who is passionate about her job and does not allow silly little things like love to get in the way of her career. In comes Steve Edison, played by Matthew McConaughey, who dreamily sweeps Mary off her feet, and the two start a flirtatious relationship.

Oh, minor detail: Steve is getting married, Mary is coordinating his wedding, and Steve’s fiance, Fran, is oblivious to the affair happening before her very eyes. But don’t worry! The cheating is okay because the two main leads are the ones doing it!

Research expert in media and advertising, Julia Stoll, reported that most teenage romantic comedies are generally targeted towards the younger, female audience. While this demographic is more likely to relate to the characters and storylines of rom-coms, the younger teenage girl population is also the most vulnerable to societal pressures and media consumption.

Copper Hills psychology teacher, Thomas Manning, said, “The risk with younger audiences is it shapes their expectations of reality and healthy behavior. It is not a stretch to envision a youth with many examples of unhealthy relationships in their household, and the only ‘healthy’ relationship they have as a reference point is from the movie screen. This can do significant damage.”

What then is our obsession with these films when knowing, full well, the effect they can have on our views of love? Mr. Manning explained, “I would say it is similar to the superhero shows. On account of our mirror neurons, we get to participate, in part, with the characters.”

Mirror neurons are a class of neurons that allow us to learn through imitation; we tend to reflect the actions we see. “For a Marvel movie we get to be a hero, take-on the supervillian, save the world,” Manning said. “For a rom-com, we get to fall in love. We get the hope, the joy, the heartache, and the healing—all from the safety of our seat.”

Interestingly enough, another silent killer of young girls’ expectation on love actually resides in films portraying perfect and everlasting love. Hallmark has permanently embedded this image of “happily ever after” through all of their pairings over the years, and unwittingly set up the foundation for what is expected of all relationships, real or fictional.

The important thing to keep in mind in this scenario is that these films are purely works of fiction. University of Utah grad student and developmental psychologist, Jenna Alley, said, “My personal opinion is that romantic media is not negative in itself; it’s when we try and apply media to our own lives that there is a problem.”

You mean, love isn’t all about coordinated dance scenes and making out in the rain? (High School Musical has truly bred an entire generation with trust issues.)

So half of romance movies are toxic, and the other half are unrealistic. Are we supposed to just boycott Hallmark and rom-coms all together?

Alley commented, “I think we should just view this type of media as entertainment and not something to strive for. Romantic media can make us feel good, or make us cry, and that is okay. We can watch these films and enjoy the content but not apply the lessons to our own life.”

“Just be careful,” said Alley. “Be true to yourself and what you need, and know that your love and your relationships are not any more or less valid because they are represented in media.”

Don’t expect too much and be disappointed, but don’t think you’re worthy of the bare minimum. Watch rom-coms for laughs, not for life advice. Happy binging.