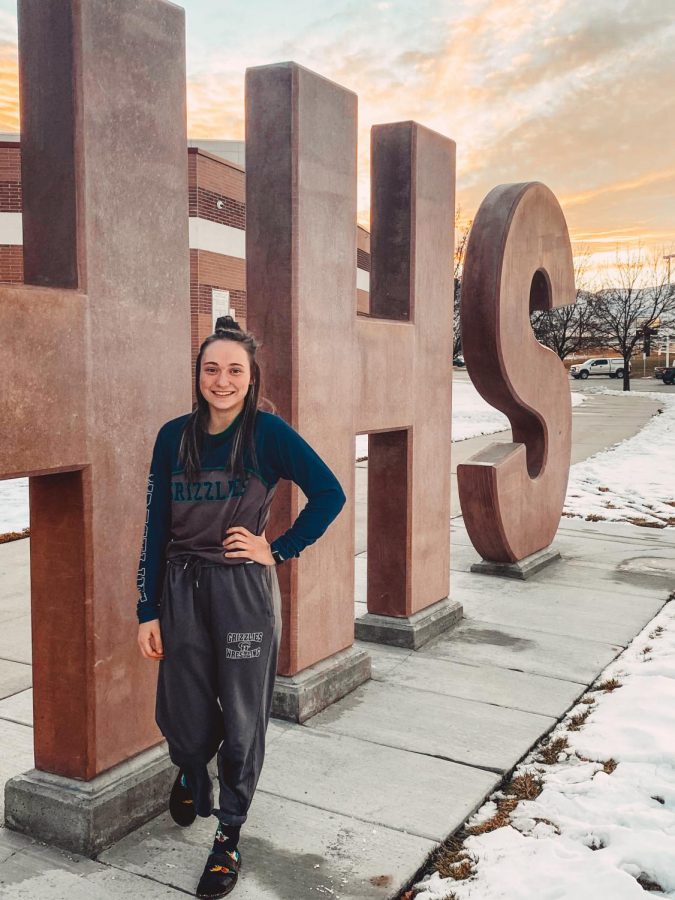 Alyssa Pace is a junior who technically does not go to Copper Hills. She decided to enroll in an online school because she wants to be eligible to wrestle. She is the first girl to ever wrestle on the varsity team at Copper Hills. She has placed at many different tournaments and is very well known around the state.

“Being the first girl on the varsity team has been pretty fun. It has been a bigger competition, but overall a great experience. I have learned and grown a lot because of the higher competition varsity has to offer.” Most boys that wrestle try to use their strength to overpower the opponent, but in Pace’s case she has to focus more on footwork and technique.

Pace has one more year of wrestling before she moves on to college. Her goal is to continue her schooling and to become a collegiate wrestler. “After my college wrestling career I hope to become an elementary teacher along with becoming a part time wrestling coach,” said Pace. Her passion for helping people is something that has driven her to want to become a teacher to help the next generations become the best they can be.

Next year Pace will have to make the transition to wrestle for the all girls team that has now been sanctioned for the 2020-2021 season. She will be a great leader for any girl who is wanting to try a new sport.