What being an Azurette means 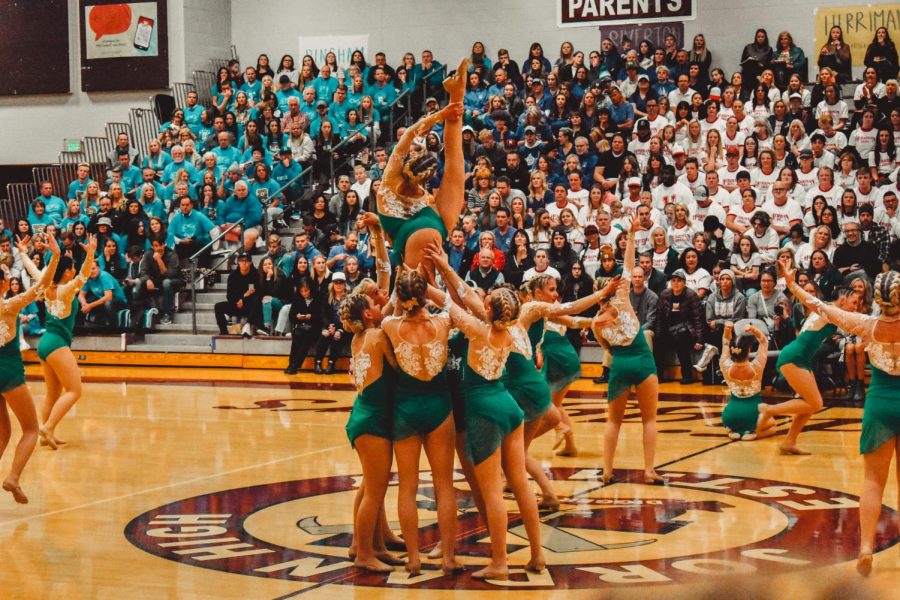 From early morning practices to taking home trophies, the Azurettes are a symbol of unity at Copper Hills.

Although their state championship streak is broken, the Grizzly nation is still proud of their hardworking Azurettes. The team overcame many obstacles this season, including a near-season-ending injury to Captain, Shaela Crespin. It was a year of change and growth. The Azurettes started with a blank canvas this season as they introduced the new head coach, Kylie Erickson. Erickson had big shoes to fill, particularly those of the former coach of the year for 6A, Shannon Mortensen, who led the Azurettes to seven state championships in a row.

The Azurettes are comprised of 33 girls ranging from sophomores to seniors, but they come together to form a unified team. According to Victoria Welker, a two-time Drill State Champion and senior, “The sport isn’t just an individual thing, if you don’t get the connection as a unit then you will get stuck.” Their teamwork is necessary to their success. 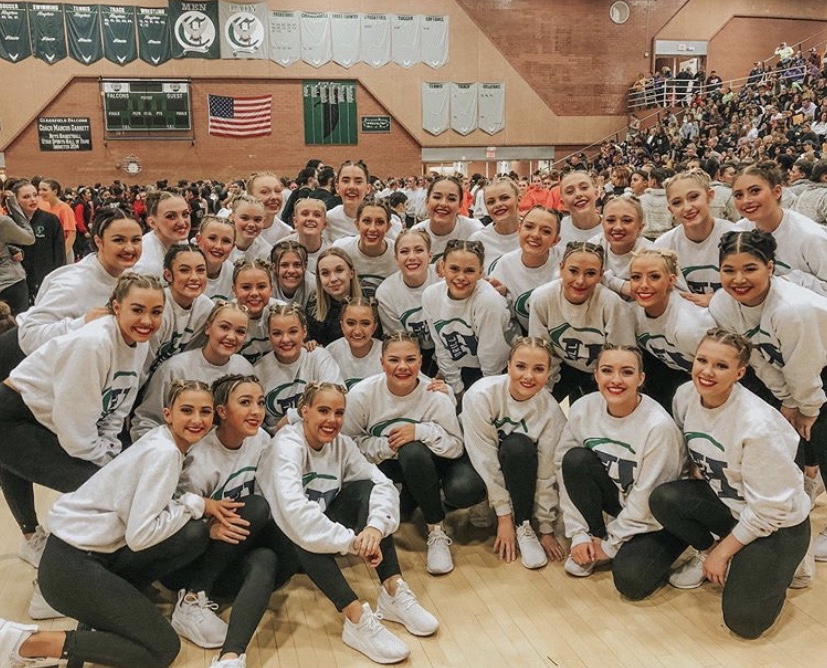 Success doesn’t come without hard work. Practicing everyday of the week, sometimes twice a day, left them without any free time outside of drill. Throughout the year, the Azurettes are taking part in back-breaking workouts to remain efficient. Just trying out for the team is difficult enough, where plenty of experience from a studio is preferred. Azurettes are also required to excel in the classroom. Maintaining a 2.5 GPA and other prerequisites are required from the UHSAA for the girls to remain on the team.

In the end, they won’t think back to the grueling workouts, they will reminisce on the bonds they built with their teammates, and the support they got from their loved ones. Many of the girls’ main motivation was the support system that they have. Welker said, “I personally do it for the people I have supporting me.” With the team being so good it’s no surprise that the past couple of years, Copper Hills has had the biggest student section at State. The Azurettes get support from students, teachers, staff, parents, families, and the community. On a recent post from the Azurettes Instagram page, they said. “Thank you to everyone who has supported us this season and all of the love we’ve felt, we couldn’t do this without our parents, student body, or coaches”

While many speculated that this season would be a rebuilding year due to the loss of Shannon Mortenson, Erickson states “I knew this journey wouldn’t be easy, that I would learn a million lesoons along the way, but I also knew that I had to do this no matter how many people said it was impossible.” It was far from easy, but as far as rebuilding years go, it was very impressive. They placed high in several invitationals throughout the season and ultimately placed 4th in the State Championship.

The State championships were on February 1st. Bingham, Layton, Copper Hills, Pleasant Grove, Davis, Herriman, Syracuse, Freemont, and Westlake were the 6A schools who made it to state this year. Many students made the trip to Orem to support our Azurettes, waiting in line for a free ticket on the steps of the UCCU Center. The Azurettes performed among the best in the state and their hard work all season was evident. While the result was not what they hoped for, the Azurettes must move on, “Win or Lose we will keep our heads up and fight even harder.” Their final standings at state went as follows: Military placed 3rd, Dance placed 4th, and Character placed 3rd. Overall the team placed 4th.

Making it to state is no easy task, you first have to make it through a region competition and then the state semifinals. Head Coach Kylie Erickson reflects, “This team has conquered and achieved more than any first place trophy could ever prove.” It’s important to recognize the amount of work the Drill team puts into their sport. Grizzly Nation is proud of their efforts and grateful to have them representing the Grizzlies. We wish them good luck for their upcoming seasons.